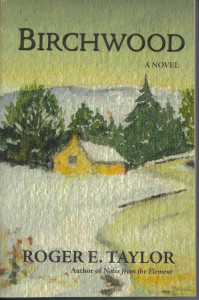 A mysterious giant of a man with no memory or past appears in the small town of Birchwood, Maine. He immediately meets thirteen-year-old Mary Whitney who hasn’t spoken a word in more than a year. Who is this visitor? Why are some people frightened of him? What key does he hold to the mysteries enveloping this community? Vain, shallow characters dominate the town’s social structure. Mary’s mother has spent a lifetime in the grip of alcoholism. Mary’s father is seldom at home. Albert Hicks, an overweight deputy, suffers from feelings of inadequacy. Robin Cohen, Mary’s new schoolteacher, harbors feelings of separation and isolation. The town’s sheriff, Louis Cranston, struggles with his own inner demons of guilt and loss that reach back to his early childhood. These are only collateral symptoms of the darkest secret of all that’s locked behind the silence of a young girl.The key to the mystery may rest with the body of a murdered man found on the shores of the black lake from which the stranger appeared. The fate of a girl, a town, the world, and perhaps heaven itself are entwined within the dark secret that lies at the heart of Birchwood.